So last week I was in Edinburgh for the day! It was my fourth time going to Edinburgh since I have been here, but each time has been for school. With my Master’s program, we get to go visit museums fairly often. The fantastic part about this is that we get privet tours by the curators and get to learn all the details about the garments or paintings we are looking at, AND ask as many questions as we like. 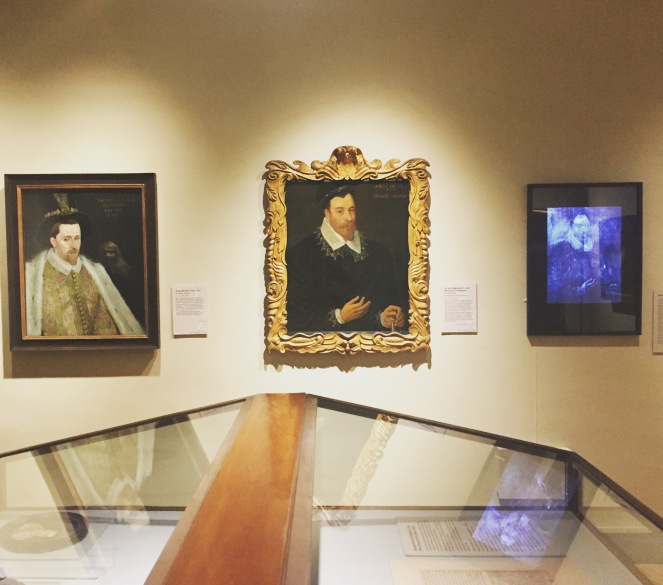 This particular morning we actually had class at the Scottish National Portrait Gallery. The senior curator Kate Anderson gave us a tour of the “Art & Analysis: Two Netherlandish painters working in Jacob Scotland” temporary exhibit that is on display until January 2020. The exhibit was fantastic. While conservator Dr Caroline Rae was researching the painting in centre Sir John Maitland, 1st Baron Maitland of Thirlestane by Adrian Vanson, she x-rayed the painting and discovered an unknown portrait of Mary Queen of Scots under the painting!! I attached a video below about the discovery, so I definitely encourage you to take a look. 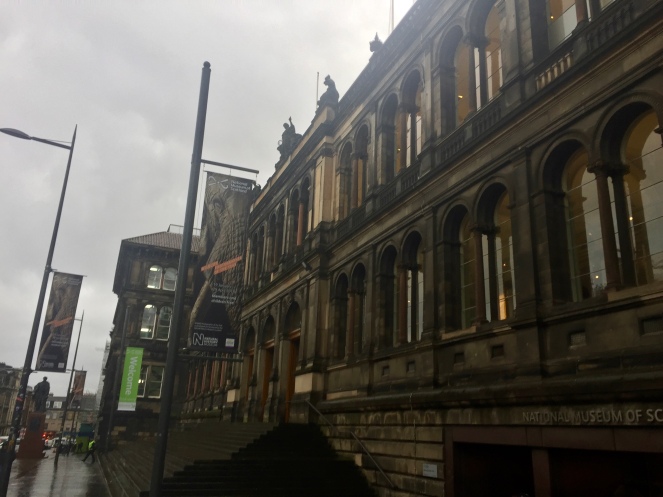 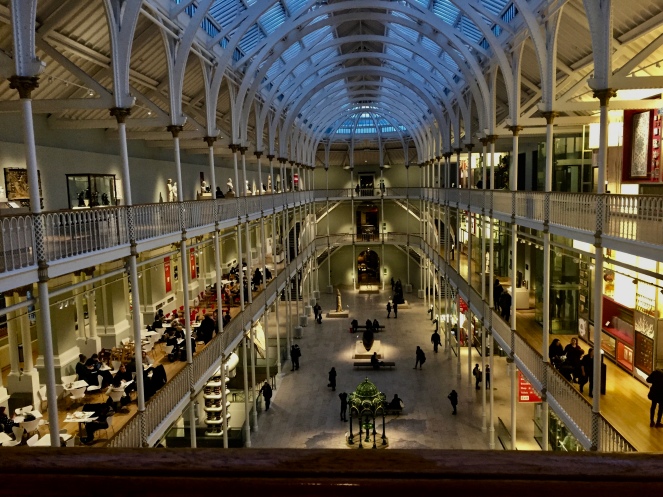 The National Museum of Scotland is hugeeeeeeee so I did not have time to look at everything, instead, I focused on the Fashion & Style Gallery (surprise surprise there) but I did take a quick stroll through most of the other exhibits as well. The When you walk around the exhibit there are pieces on display by designers like Walk your own catwalk and spot gems by Vievenne Westwood, Zandra Rhodes, Jean Muir, Pringle of Scotland, Lavin, Chanel, Jean Paul Gautier, Lanvin, Givenchy, and Holly Fulton. 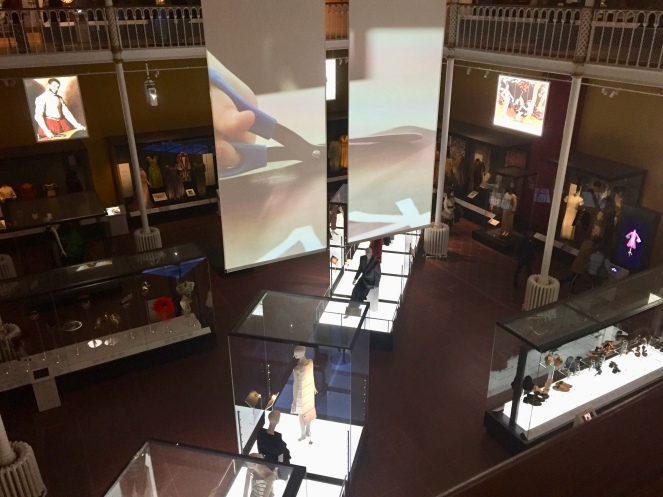 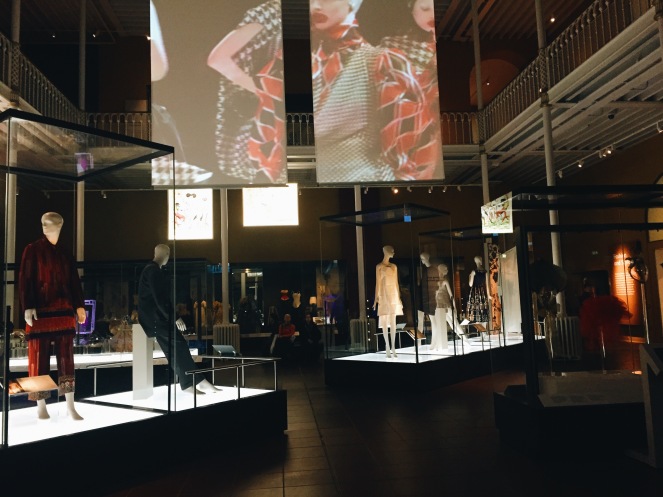 The gallery looks at historical garments dating back to the 16th century right up to haute couture of the 20th century. They have an excellent display that demonstrates the evolution of European fashion, though the use of gowns, undergarments, shoes and hats. I spent well over an hour reading and admiring the different artefacts that were on display. While I was enjoying the exhibit I had a good laugh from this young man beside me who was trying to impress his girlfriend on his knowledge of dress history, yet every so-called fact he was telling her was 100% incorrect. I had to bite my lip from laughing for about 15 minutes. The poor guy, of course, had zero ideas that a Masters Dress History student was standing beside him. 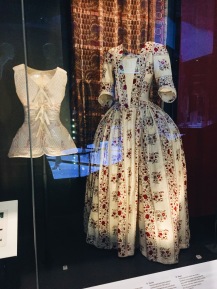 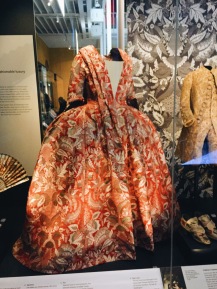 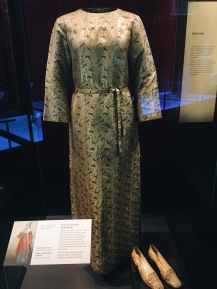 This beautiful Court Mantua was made around 1750 and is about 2.5 metres wide. Court Mantua’s were designed for special occasions, as they are so grand. Just as they appear, these gowns were extremely difficult to wear… walking or dancing were not easy tasks. Typically a court mantua was made in three parts: the skirt, the bodice, and the stomacher. I attached the video from the National Museums of Scotland website, where curator Georgina Ripley (I’ve had a class with her!!) explains how the dress was worn. 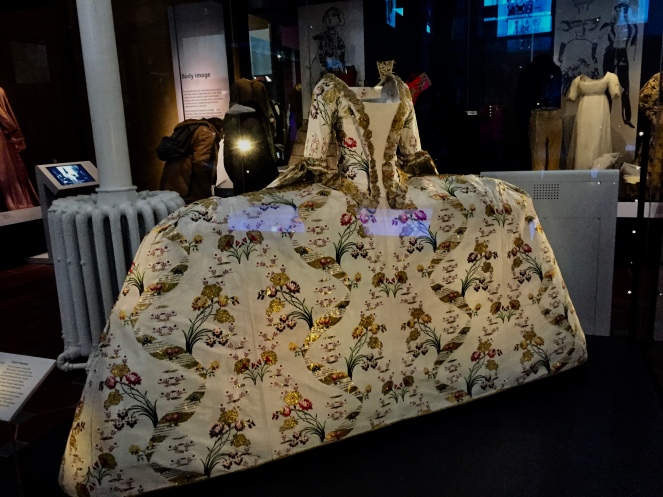 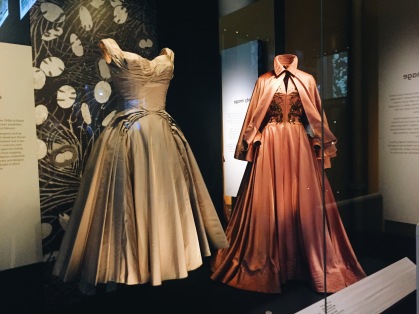 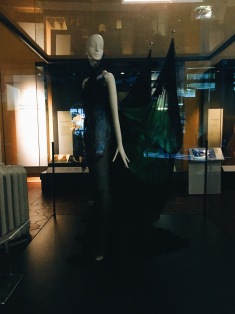 I can’t wait until I go back to the National Museum to check out the rest of their exhibits! I will also be putting together a post on Edinburgh soon!! I am going back on Saturday and next Tuesday for class yet again.

Also if you are interested in learning more about the Master’s program I am in, it is an MLitt of Art History: Dress & Textiles. Check out the program’s Instagram account for more: @uofgdresshistory