Two weeks ago, I decided to go on a day trip to visit my former classmate, Cole, from Acadia University at his new school, Durham University! The journey to Durham by train from Glasgow takes a little under three hours each way (so I was able to justify going in the middle of the week because I could do work for three hours each way). The journey there was actually so beautiful, the train travels along the ocean coast!! I hadn’t thought about the fact that I hadn’t seen the ocean since I was home for the holidays.

Durham itself is located in Northern England, just south of Newcastle. The city is quite small and is basically considered a city just because there is a Cathedral and a university located in Durham. After spending the day in Durham, I honestly think it might be my favourite place I have visited in the United Kingdom!! I loved the quaintness of the city, the Cathedral was spectacular, and the castle was so neat as well. I basically felt like I took a step back into history when I walked off the train. 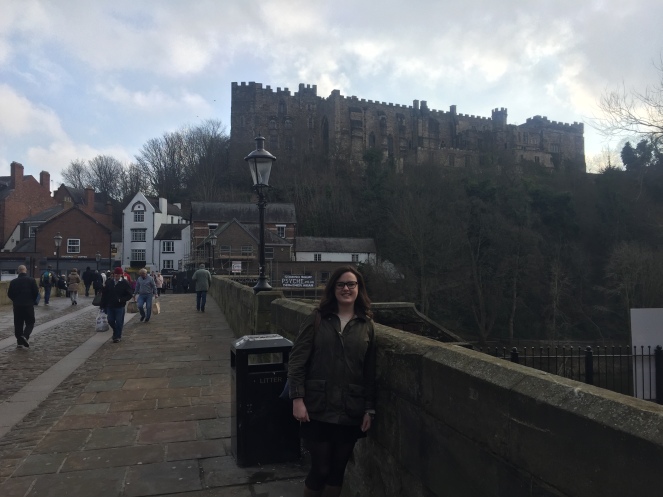 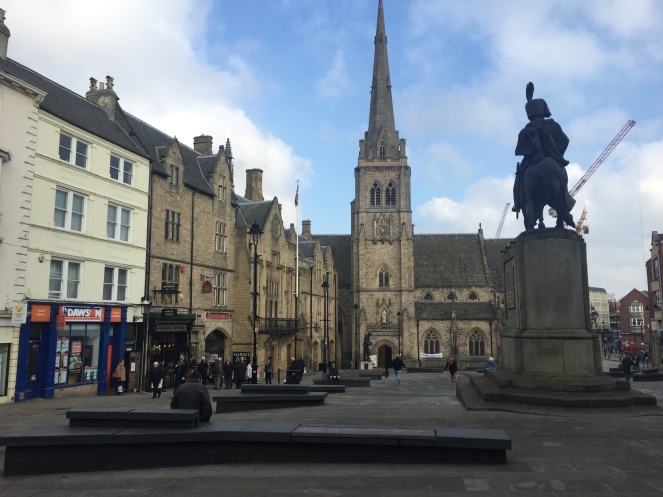 I was so excited to explore the Cathedral, especially with Cole, because of our thesis advisor from our undergrad (and favourite professor) had taught us all about the architecture and history of the Cathedral! So it was really nice to nerd out at the Cathedral with somebody who had the same appreciation as I did. Due to the fact that the Cathedral is still used as a place of worship, photography is not allowed inside the Cathedral, so I only have one photo inside (before Cole pointed the “no photography” sign out to me). Just look at the pillars that line the aisle of the Cathedral though!! It is so impressive that the construction of this Cathedral began in 1093 by the Normans! The Cathedral is also home to the resting place of the Venerable Bede and St. Cuthbert. Inside the museum portion of the Cathedral, there was a costume area, so naturally, I had to try on the costume. Cole and I dressed up as Monks in their traditional garments, so in case history and archaeology don’t work out for us, we have an alternative profession to fall back on. Outside the gift shop, they had a lego construction of the Cathedral on display, which was incredibly impressive. 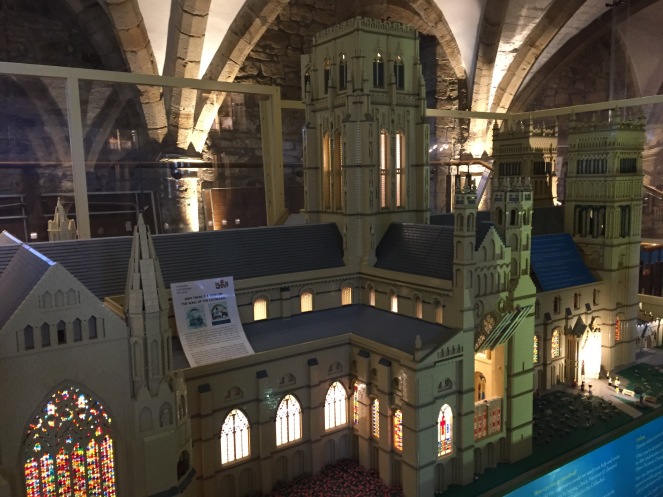 In the afternoon, we went on a tour of Durham Castle. The coolest thing about this castle is that it is still in use today… but for a slightly different use then one would expect, it is a dorm for undergrad students at Durham University! Apparently, I did my undergrad at the wrong university… sorry Acadia. The castle was initially built in the 11th century by the Normans to be the power in the North, before becoming a part of the University in the mid 19th century.

Following our tour, we went for tea, then explored down by the river. It was really neat to see the Cathedral from the river, just to see how steep the hill is that the Cathedral was built upon. I think the trails along the river, that make you feel like you are way out in the countryside is the reason I liked Durham so much. I loved the city to wildlife transition. 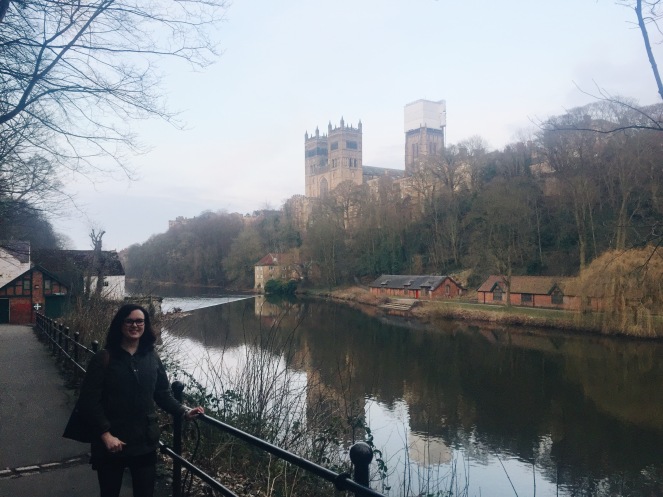 All in all, I had a fantastic day in Durham and would highly recommend going!! I am sure I will be back at some point, and I would also love to explore the other Northern English cities like York and Newcastle. It was also so lovely to have a tour guide to take me around the city!

One thought on “Travel: Durham”