Back when my Mom & Chele were visiting (I still have a few posts to catch up on) we took a bus tour TO THE HARRY POTTER STUDIOS!!! The Harry Potter Studios are located in Leavesden Hertfordshire about an hour drive from central London. At this location the majority of the scenes from the various Harry Potter movies were filmed! For most people who know me, I have been a huge Harry Potter fan since the first grade when I saw the first film at school, and that spiralled into an obsession, that I have yet to outgrow. As a child, one of the games that were played fairly often the Oland house was Harry Potter. My grandmother had made my brothers and I our own Hogwarts cloaks that we would wear and we had our own wands that even made different noises!! We would get sorted into our houses (which was always Gryfindor) in the living room, my room was the girl’s dormitory, my brothers’ room was the boy’s dormitory, we had potions class is the basement where the chalkboard was, Care of Magical Creatures was in the woods behind our house, and flying lessons would be where the zip-line was. So as you can see Harry Potter was a pretty big deal in our house. I mean, I even dressed up as Hermione for Halloween this year, so it’s quite clear Harry Potter still is a part of me. 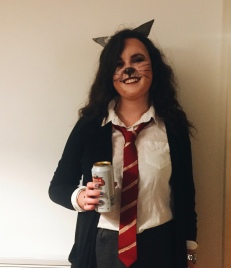 The tour starts with seeing Harry’s cupboard where he lived in the first film, followed by a film about the Harry Potter phenomenon worldwide. Then the next thing you know, the curtain rises and you are standing outside the great hall!!!! I don’t want to give away too many details about the tour, as I don’t want to take away any of the magic behind the tour. 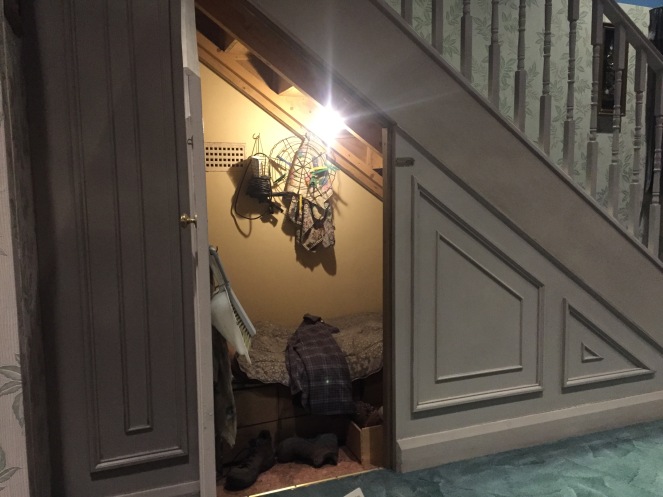 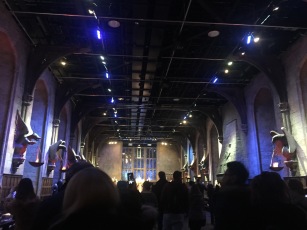 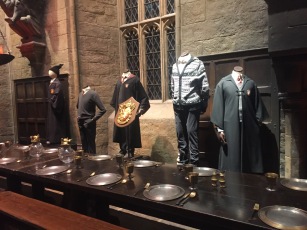 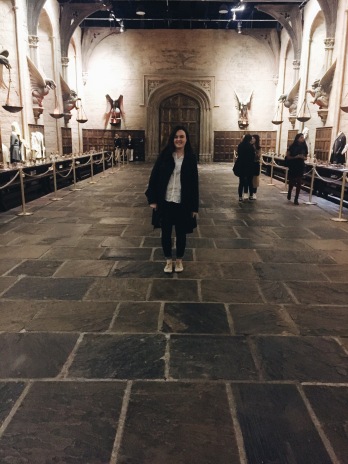 The studio is HUGE on average it takes people between three – fours to see everything.  You go through all different parts of Hogwarts, the Ministry of Magic, the Forbidden Forest, Plat Form 9 3/4, Privet Drive, Godric’s Hollow, Diagon Alley and so much more!! Part way through there is a cafe where you can either try butterbeer or butterbeer ice-cream! I opted for the butterbeer and it was pretty sweet, but not too bad (I didn’t taste like Guinness which is what I am usually drinking).

The last part of the tour was really neat as well. It was all about the science and engineering behind the different creatures, animals, etc. that were in the films! It was pretty interesting to see all the different models that the creators tried to use. 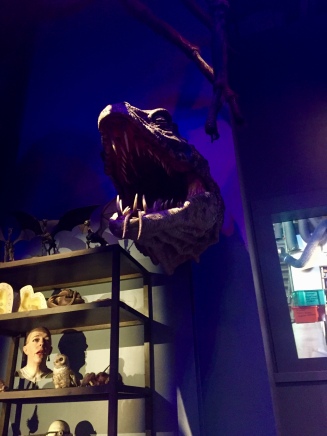 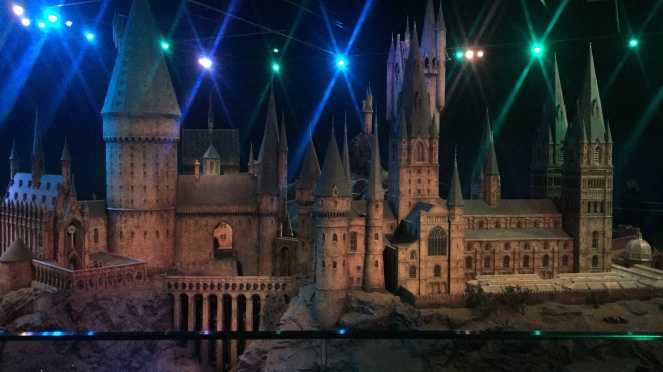 One thing that we stopped to do in the midst of the tour was to get our photos taken in the different booths they have, which ended up being absolutely hilarious. The first photograph we just put on robes and had our photo taken, but the second (which was also a video) you actually move a broom and it is done the exact same way for the films!! There is a green screen behind you and get on this broom (which moves as you do) and follow the worker to see the movements you are supposed to make as you are flying! I have posted the video below so you know I mean, just fast forward to the 2:00 mark. It was questionably the best part of the whole tour! Mom & Chele ALSO have identical videos to this for those who might be wondering 🙂 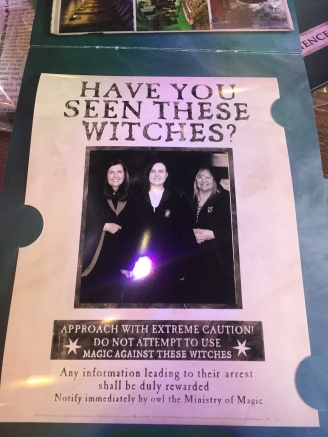 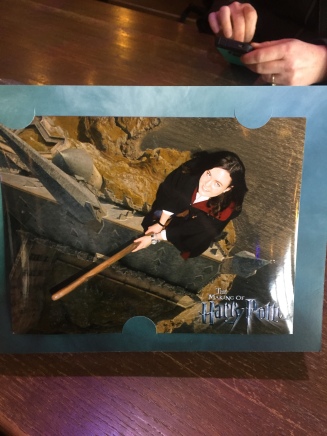 I could not recommend doing this tour enough if you are a Harry Potter fan!!! It is the closest you will ever actually feel to being in the magical world created by J.K. Rowling, and I might have shed a few happy tears throughout the tour.

2 thoughts on “The Best Day of my Life: The Harry Potter Studio Tour”