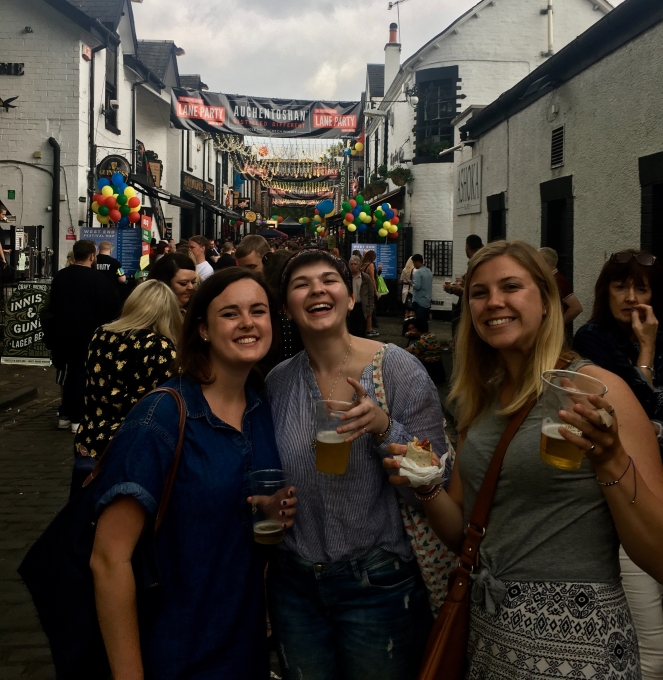 So one of my favourite places in Glasgow is this little lane, called Ashton Lane. Ashton Lane is a little cobblestone lane behind the university in the West End of Glasgow that has a bunch of little pubs and restaurants. On Sunday they hosted the second Ashton Lane Street Party! I had to work until 4pm but after that, my friends and I met up and headed out to the festival.

We started out on the Brel backyard patio before heading out to the street. The lane was filled with people and there were different stations set up for beer and different types of food! There was also a band performing at one end of the lane. Ashton Lane is usually pretty busy on a Friday or Saturday night, but I had never seen it so busy during the day. People were on up the balconies, and someone even had a cut out of Tom Cruise in a window that he kept dancing with.

Being our classic selves we headed right for a beer tent to grab a couple of IPA’s from Innis & Gunn (a Scottish beer) and joined the party! There were people of all ages there, little wee ones running about with their parents, seniors, and even a couple of dogs out enjoying the music, beer, and food. Plus everyone was very happy and extremely friendly, making it a classic Scottish event. 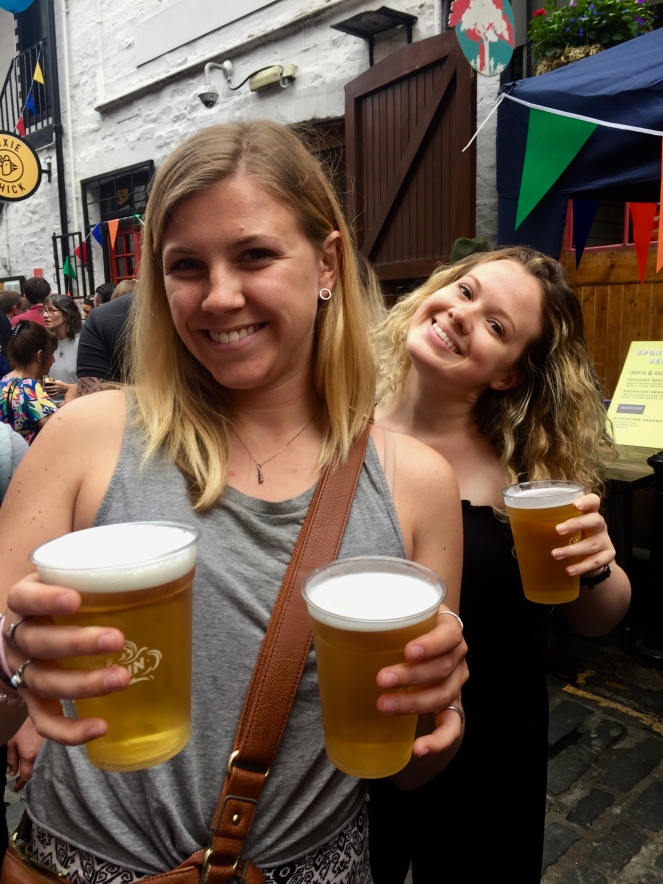 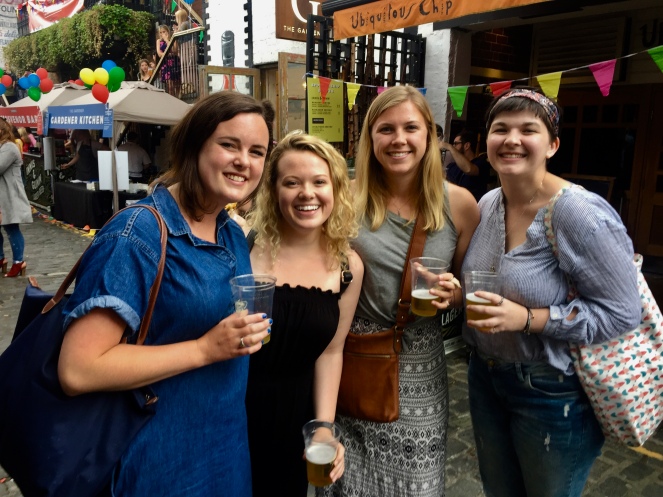 Sunday was just another example of why I LOVE GLASGOW so much. Glasgow is just such an entertaining and underrated city! There is always so much going on, and no two weekends are the same. Plus, my friends here are incredible (so that adds to the fun as well). The Ashton Lane Street Party was a great taste of what is to come this Summer when I am taking a break from thesis writing! If you are in the U.K. this Summer, Glasgow should definitely be on your list of cities to hit, you will not regret it.