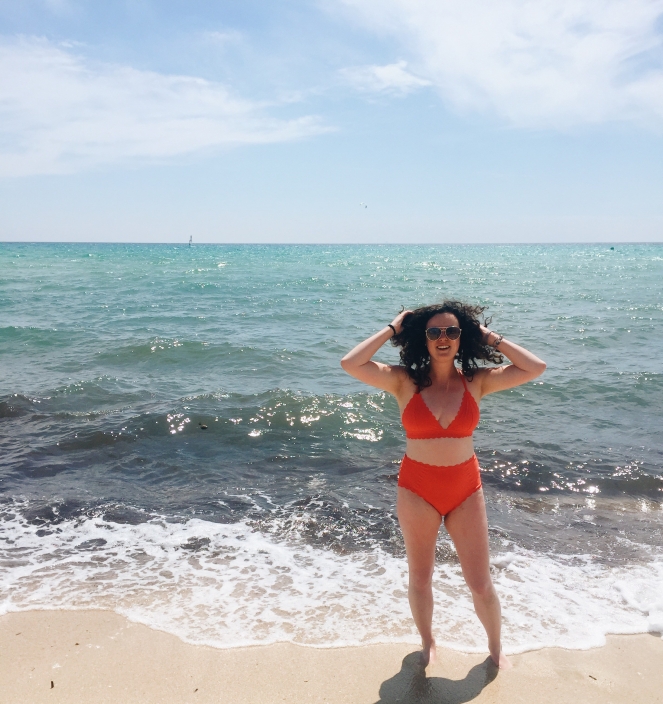 So the last two days of our trip were just as great as the first three, of course, our trip just flew by since we were having so much fun. My friends are really easy going, and every just always wants to have a good time, which made travelling SO simple and stress-free. Erika enjoys planning adventures so she found these cool caves that were about an hour and a half drive away from us, so we split up into our two rental cars, turned on the throwback tunes and headed out for our next adventure.

When we showed up to the Cuevas del Drach caves the first few times were already booked up so we decided to buy tickets for the 16.00 tour and chose to head into the nearby town of Porto Cristo instead to explore and grab some lunch. 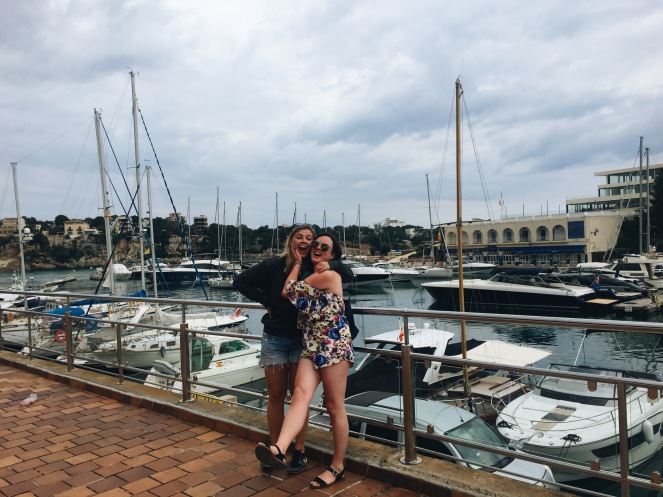 We ended up having a fantastic lunch at this restaurant on the water front. I had this absolutely delicious sea food pasta. I can vouch, for being a maritimer, the sea food in Mallorca was on point.

Then we went to check out these caves that were so cool!! It took about an hour to go through the caves. A path had been carved through the caves so you just kept walking further and further underground. The caves extended to a depth of 25 m and are about 4 km in length. One of the coolest parts was that there is an underground lake at the bottom where we got to watch a live orchestra perform as they were paddled around in a boat. It was quite something to hear, because the acoustics of the cave were incredible. Following the performance we then got to get in the boats ourselves! 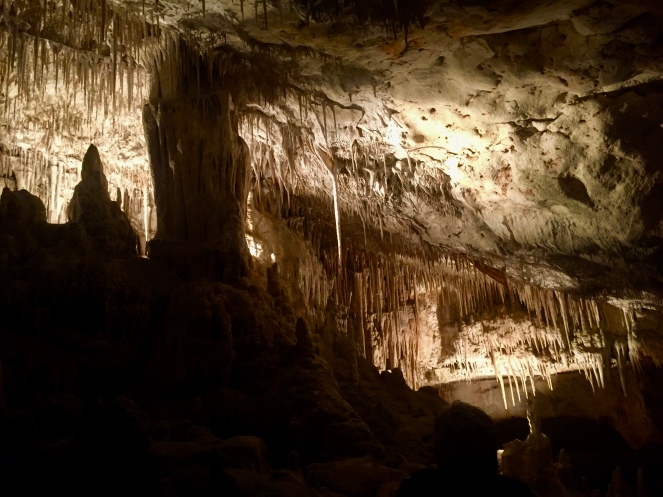 Following our adventure to the Cuevas del Drach or Caves of Drach we headed home for our final night in the Villa. We cooked out last meal together, which was salmon, quinoa, salad, asparagus, and lots of wine of course! We also celebrated a few of my friends birthdays with a surprise birthday cake!

The next day (since our flight had been cancelled) we needed to move to a hotel close to the airport so that we would be able to get out early on our flight the next morning back to Glasgow.  The hotel we moved to was right beside the Palma City beach, so we enjoyed one last relaxing beach day. The beach was soooo beautiful, at first it was a bit chilly when we first arrived, but the sun eventually broke through and I ended up with a sun burn 🙄 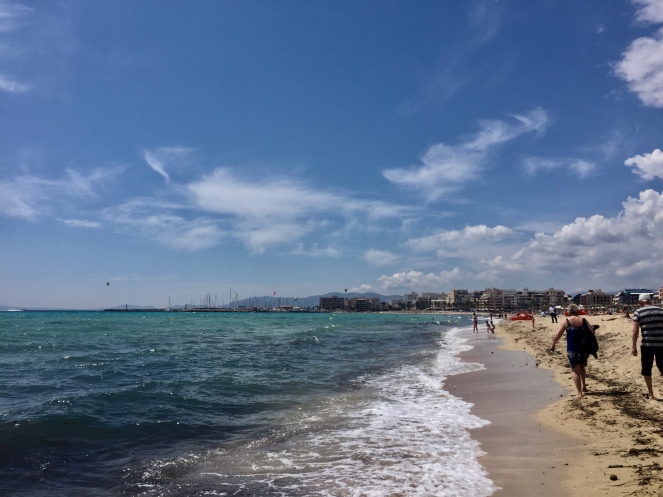 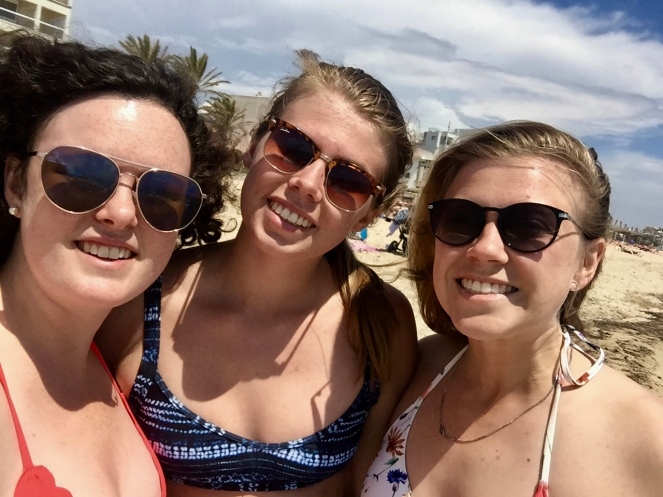 For our last dinner we were all pretty exhausted so we just ordered some pizza and watched the sun set from the beach! We over estimated the size of the pizzas and ended up ordering enough pizza to feed a small army… but it was still the perfect way to end our last night in Mallorca! 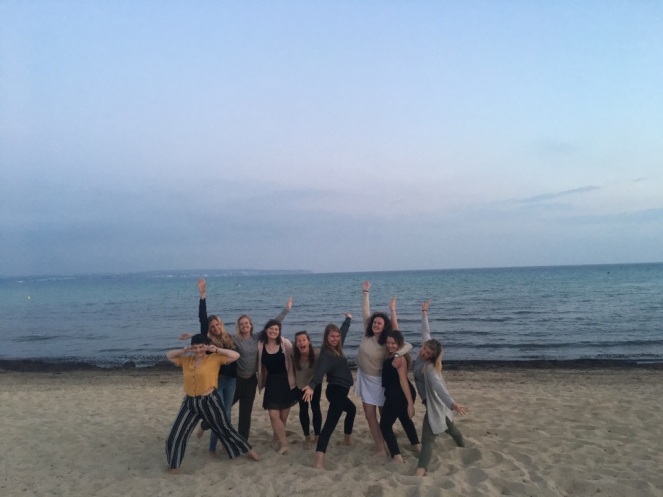 I have been so incredibly lucky to meet such a great group of girls while studying in Glasgow, so getting to go on a holiday with all of them was such a treat. We were all so pleased with our decision to go to Mallorca (shout out to Erika for all her planning) our holiday was even better than we could have hoped for. If you are ever travelling to Spain I definitely think it is worth getting out of the big cities and hopping over to one of the smaller vacation islands for a couple of days!

One thought on “The Final Chapter of Mallorca”