So this past weekend my cousin Jane and her boyfriend Zach were visiting Glasgow! They had been on a two week Euro-trip and their last stop was Glasgow, where I met up with them for a couple of days. One of the items they wanted to check off their bucket lists was to go to a Scottish distillery. I was super excited when they asked me about this because it has also been on my bucket list of things I wanted to do while living in Scotland! I had just the distillery in mind.

In November when I hiked Ben A’an the bus we needed to take out to Balfron went past this distillery called Glengoyne and a bunch of people got off the bus there, it was this beautiful little distillery in the middle of the country and I immediately put it on my list of things to do in Scotland.

Zach knows more about Whiskey than I do, so I sent Jane the website and Zach picked out the Gold Medal Parade tour. There are multiple tours to chose from at Glengoygne, which range from an hour taster tour up to a five-hour tour where you get to make your own gin, so they have so many options depending on what you are interested in! I had never been on a distillery tour, so I was up for anything! 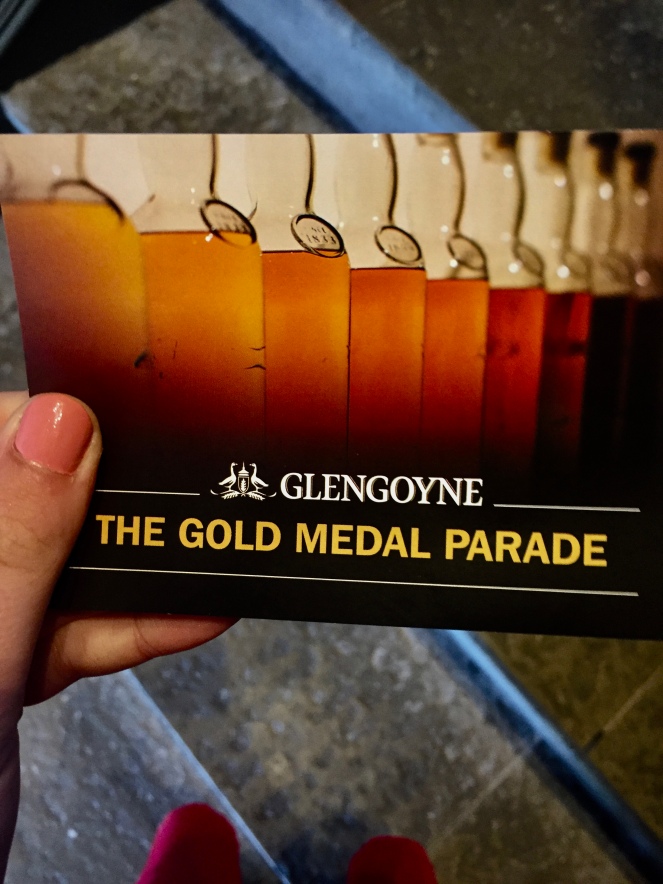 The bus we took arrived right at 1pm when the tour started so we ran up and got there just moments after the filmed started, we were handed their 10-year whiskey and we sat down to enjoy the film all about the history of Glengoyne. The distillery opened in 1833 and is a single malt distillery in the lowlands of Scotland.

The first part of the tour was about an hour long and went through the entire process for how they make their whiskey which was really neat to learn about. To make their whiskey they use water that commons from a waterfall on the property, but since it requires such a large amount of water to make whiskey, they usually halt production for a few weeks each summer. We were lucky enough to be there while production had stopped so we got to take photographs of the machines and got to peek inside the different equipment! 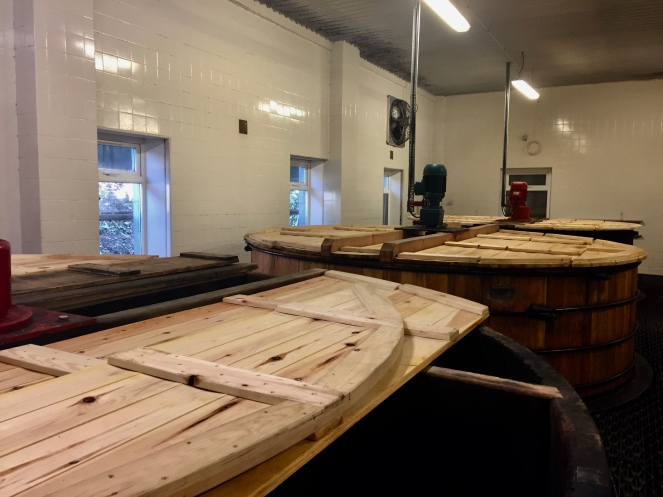 They make a few different whiskies at Glengoyne, 10 years-old, 12 years-old, 15 years-old, 18 years-old, 21-years old, 25-years old and a cask strength whiskey. We got to see the barrels that the whiskey is kept in through its evaporation process. They call the whiskey that evaporates “the angels share” because they would rather think the whiskey has gone to the angels instead of being wasted by evaporating into the air! 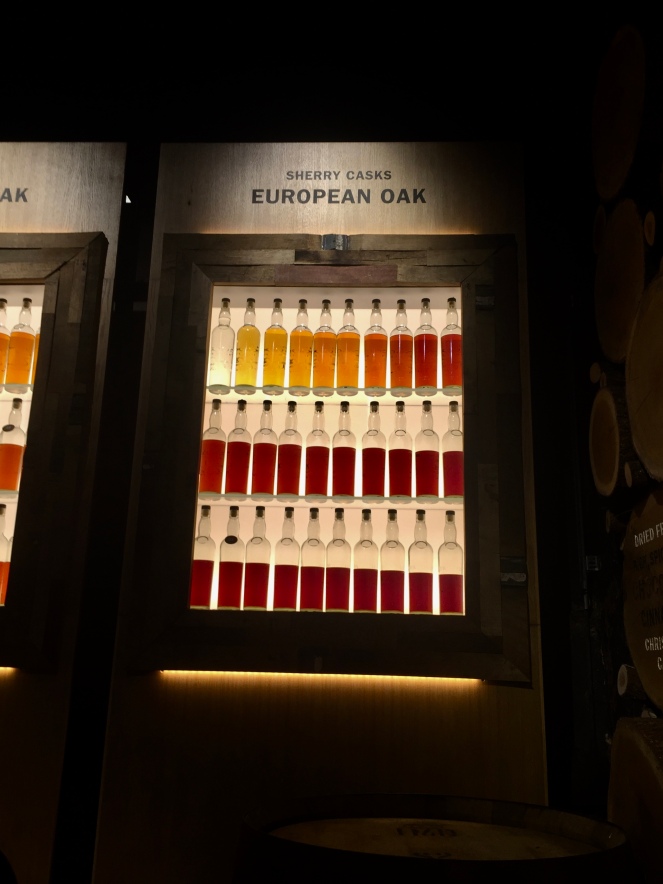 The next part of the tour was a smaller group of people since only nine of us were signed up for the Gold Medal Parade. The tour was called the Gold Medal Parade because all the whiskeys we tried had won gold medals! These two whiskeys were my favourite, the 18-year and the 21-year whiskey. The 18-year-old was made with red apple and ripe melon and 21-year-old was made with Christmas cake, sherry and cinnamon. We also got a lovely Glencairn glass to take home as a souvenir. 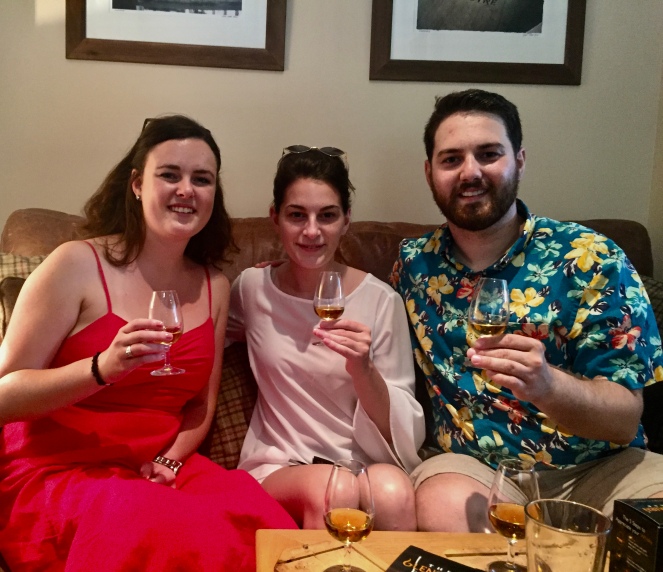 The last whiskey we got to try was the cask strength whiskey which definitely had a kick to it, as it was the strongest whiskey we tried. Our tour guide through the tour was so great, and she gave the perfect descriptions for each whiskey (so I was mentally prepared for the strongest one).

Before leaving Zach stocked up on whiskey to take back to Saint John and I picked up a bottle of the 12-year whiskey, to help with my dissertation writing of course. 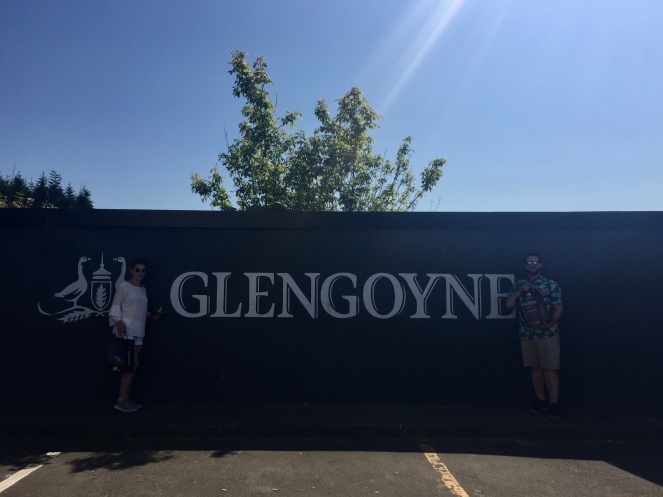 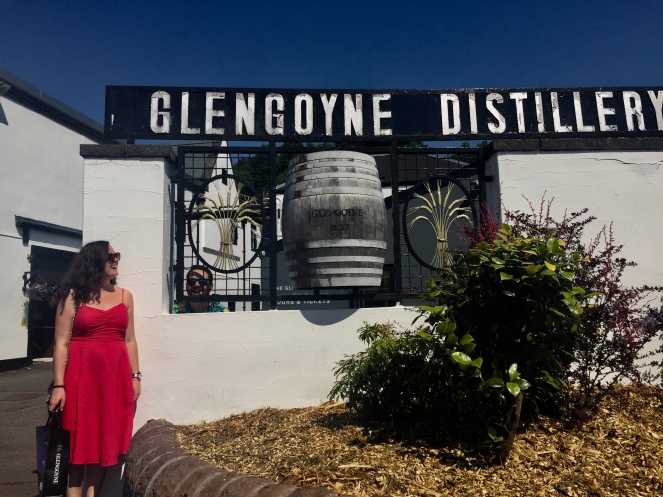 So overall, my first whiskey tour was a huge success!! I drank some delicious whiskey and got to spend the day with two wonderful people!! What more could I ask for ?? I would definitely recommend going to Glengoyne for a tour if you are ever visiting Glasgow, as I would 100% go back.