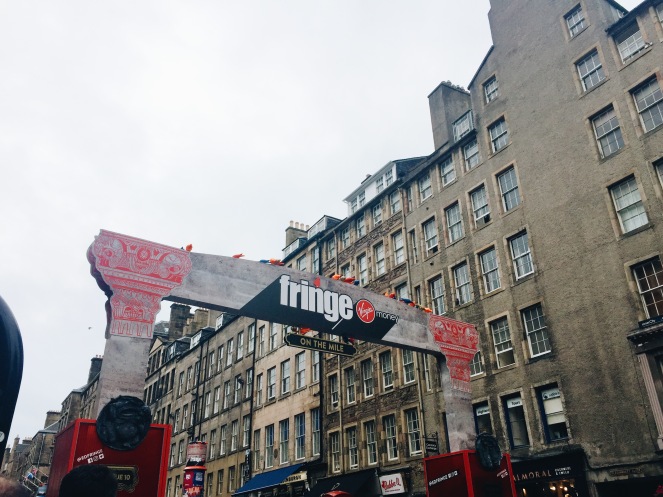 One of the things that Edinburgh is most well known for is their Fringe Festival which happens every August for the entire month. I was lucky enough to go up to Edinburgh twice for the Fringe and I saw three different shows. There are so many shows to chose from it’s almost impossible. The first I went to see a comedy show with Erika and her family. We saw the show 50% Canadian, 100% Crazy, Let’s Laugh, which was quite funny, but even nicer to hear some Canadian references!

Following a recommendation from a classmate, I decided to go back to Edinburgh with my friend Ellie to see SIX: The Musical. SIX was incredible!!! And following my classmate talking about it, I knew automatically that I would love it. The musical is all about the six wives of Henry VIII all coming together as a 21st-century all-girl pop band. The show was absolutely amazing, and it is actually opening as a West End Musical in London next year!!! Musical critics are also saying that it has the potential to be the next Hamilton!! The music was so brilliant, catchy, and historically accurate. The show also was in a theatre which was in a blow-up purple cow which was hilarious.

Here is a video of one of the songs from the Musical!! I haven’t been able to stop listening to it. But honestly, what more do I love than musicals and Tudor history??? I was bound to be obsessed.

Following watching the production of Six: The Musical, Ellie and I went to check out the Edinburgh Food festival, which was in George Square. We both decided to go for Halloumi kebabs 😍 In case you have never tried Halloumi, it’s a cheese made from goat’s milk that has a really high melting point so it is able to be grilled, and is often used a vegetarian substitute. It’s an extremely popular dish in Europe! I was first exposed to Halloumi when I was living in Sweden. 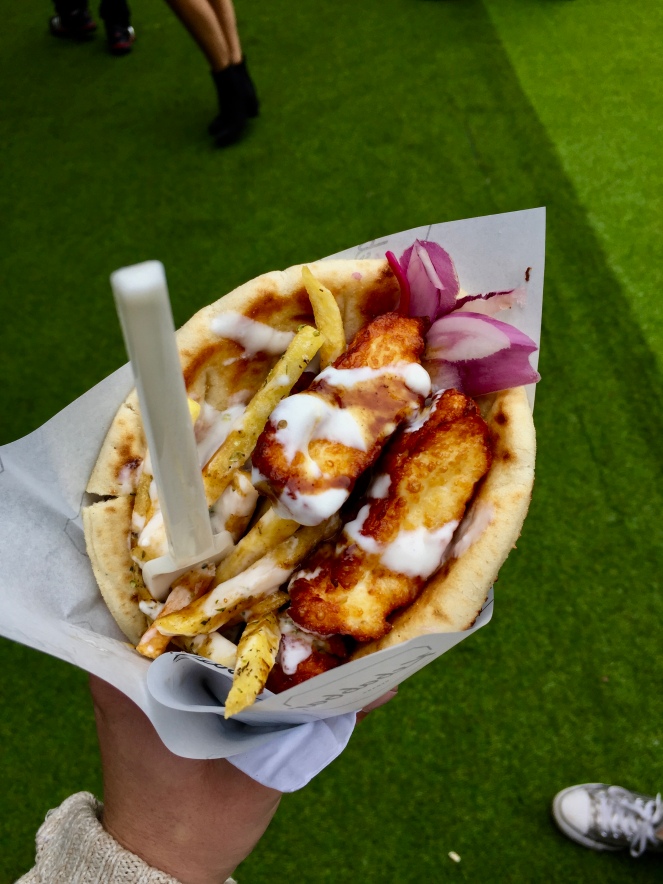 Following our dinner, we walked up to the Royal Mile trying to find another show. People are out advertising shows and giving out pamphlets so we knew we would find something. We ended up going to another comedy show, Alexander Bennett: Housewives’ Favourite. This was also a really funny show, but he also made you really think about life, which was a really interesting combination!

Overall, the Edinburgh Fringe was fantastic. I don’t think it would matter what you saw, all the shows are great. Fingers crossed I will get to go back another time!!!