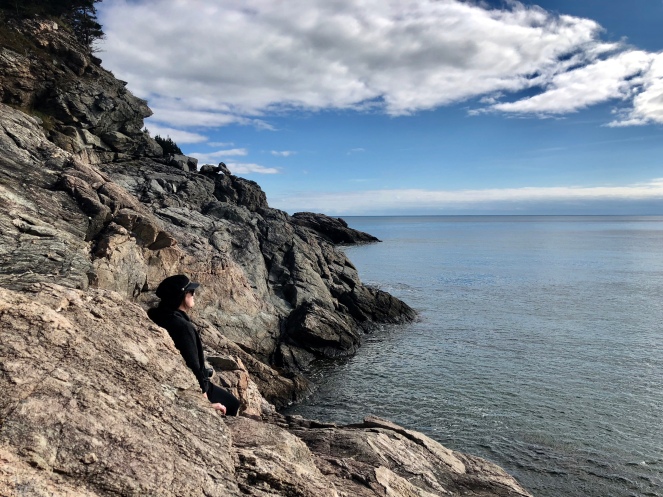 On Thanksgiving Monday I took my Swedish friend Axel on a tour of Saint John which primarily focused on outdoor adventures. The first stop (and my favourite) was Cape Spencer. I must admit… that this was my first time visiting Cape Spencer, besides my mother telling me she took us when we were little and I have no memory of that!

The drive to Cape Spencer was just about a half hour drive from my home in the heart of Rothesay, which made for an easy start to our day! There has been a lighthouse at Cape Spencer since 1873, and the current one was built in 1983.

When we first arrived I was slightly confused since there was no sign indicating we were in fact at Cape Spencer, nor could I see the rocks that you could climb. The lighthouse was visible, but we need to explore a bit before we realized where we were supposed to go. We quickly noticed the slight trail down to the rocks that are located close to the cliff. 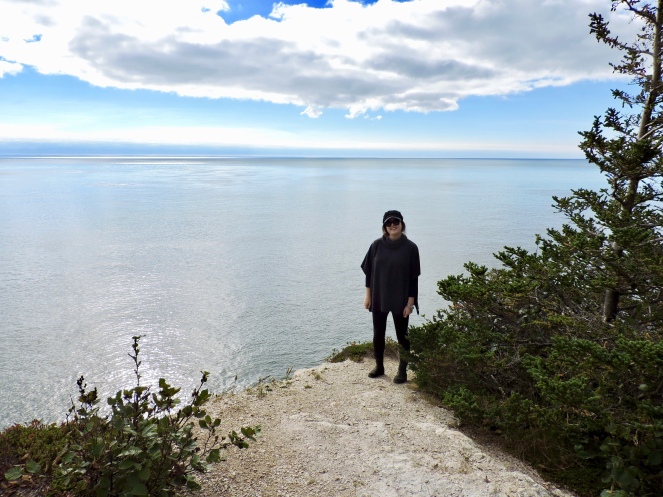 It was quite fun climbing down the rocks. There is a bit of a gravel path, but I definitely recommend wearing shoes with a good grip on them. We were lucky that it was a beautiful, warm, calm day. If it had been windy we probably would have had a more difficult time climbing down. 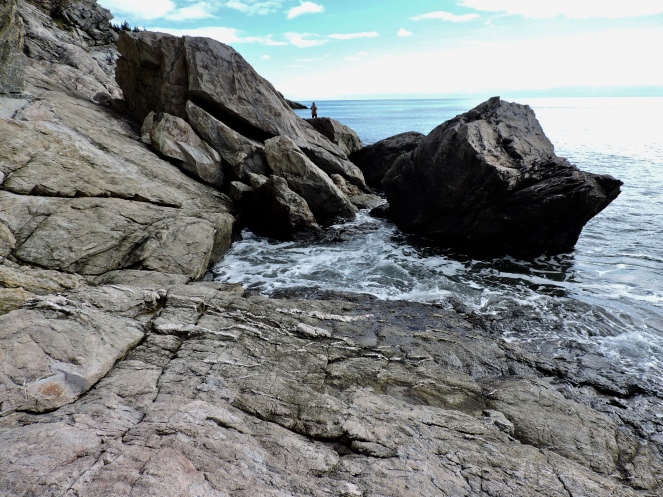 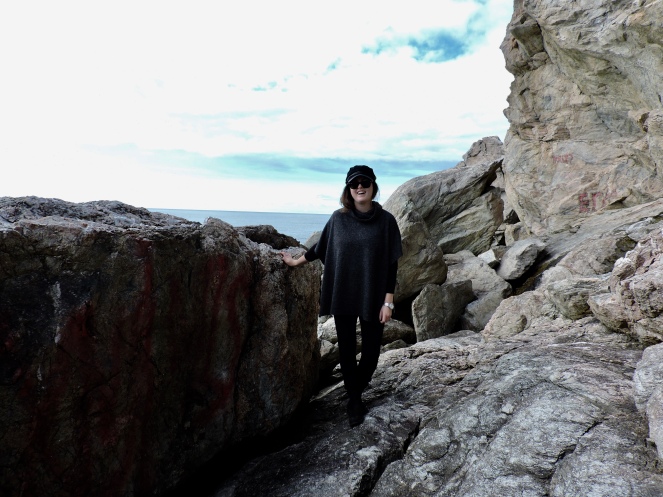 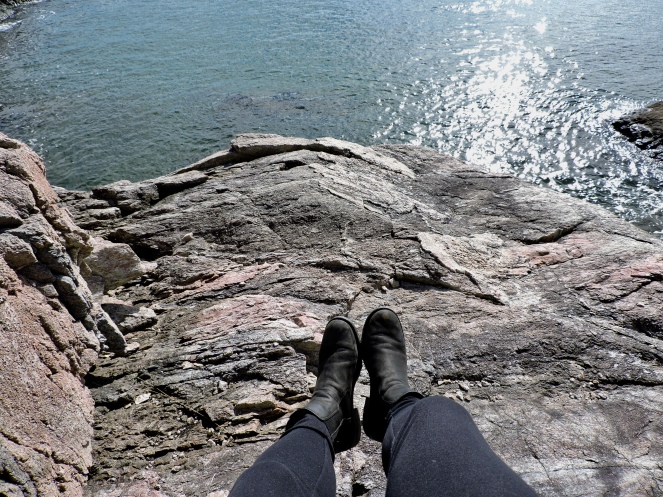 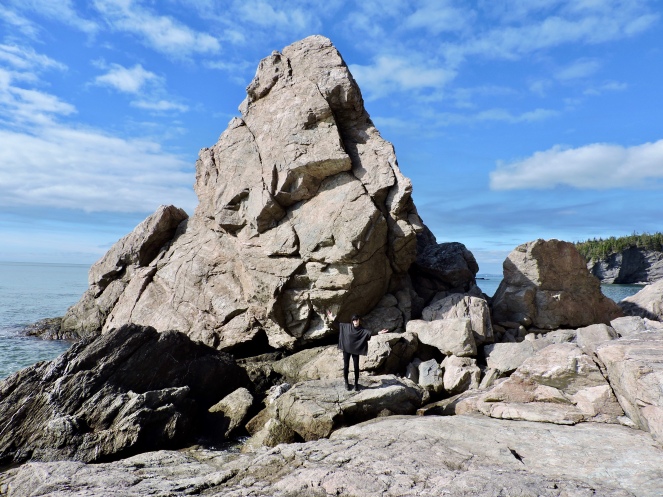 Axel was a tad more adventurous than I on this expedition… as after touching the Atlantic Ocean (from this side) for the first time, he climbed up to the top of the massive rock!!! 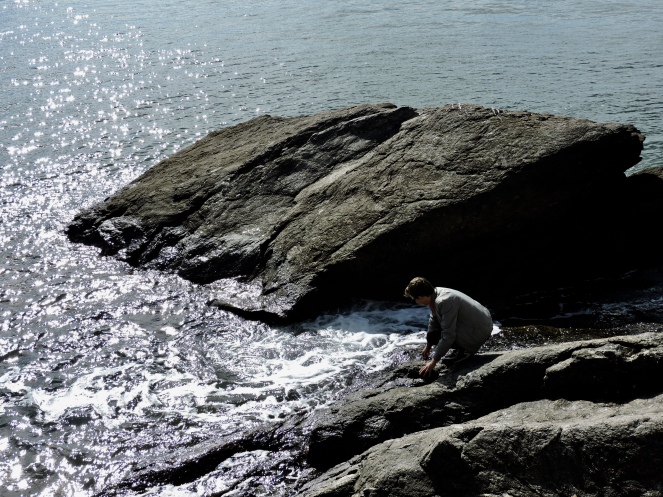 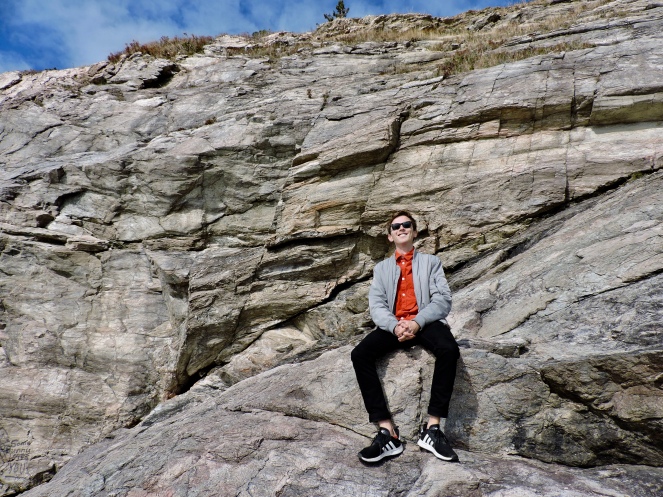 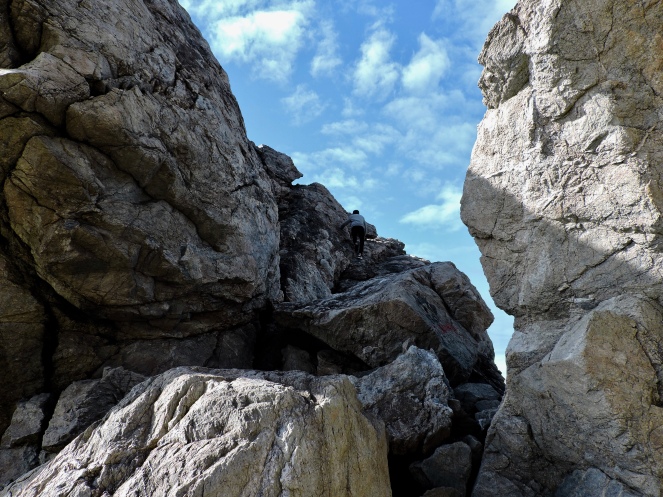 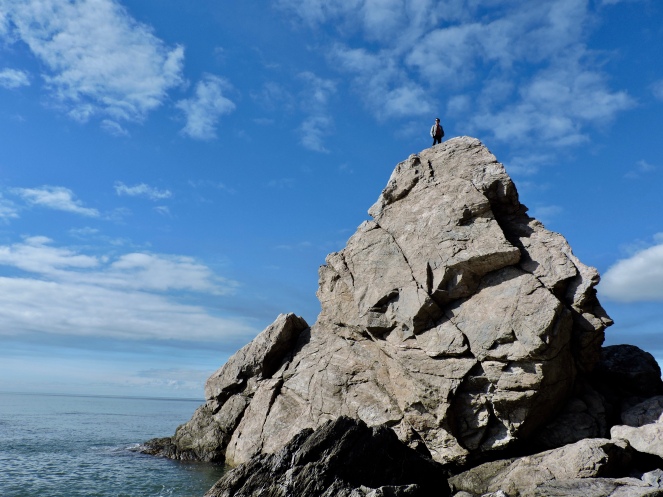 Look how little I am from Axel’s view from the top of the rock!

Our visit to Cape Spencer was a great way to start our day! More importantly, it reminded me that even though I am currently home there are still so many adventures and places still to visit! My exploring does not need to stop just because I am back to New Brunswick!

One thought on “Cape Spencer”