While back in Glasgow one of the things I did on this trip was visit the Tennent’s Brewery. Even though I had lived in Glasgow for over a year I had yet to actually visit the Wellpark Brewery located in the East End of Glasgow.

Before moving to Scotland I don’t think I had ever actually tried Tennent’s beer, but over my year living there I definitely consumed a fair bit of the Tennent’s lager. The beer is always on tap at bars in Glasgow and always available in shops.

The original brewery was founded in 1740 by Hugh and Robert Tennent in Glasgow, originally as the Drygate Brewery (there is still the Drygate bar right besides the brewery). The brewery would stay in the Tennent family, as Hugh’s sons continued the brewery into the 19th century and later Hugh’s great grandson, also named Hugh Tennent (the last Tennent to run the brewery) took over the brewery and brewed the first lager in 1885. Hugh had been in Germany seeking treatment for Tuberculosis when he discovered a Bavarian beer. He decided to re-create his own version, creating the Tennent’s Lager, which is still brewed today. 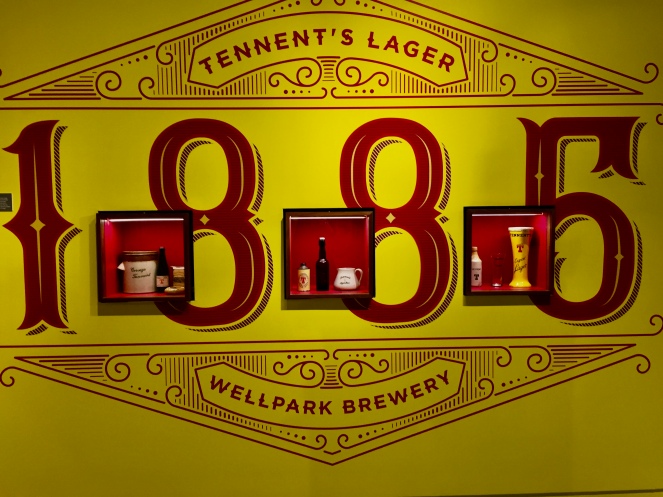 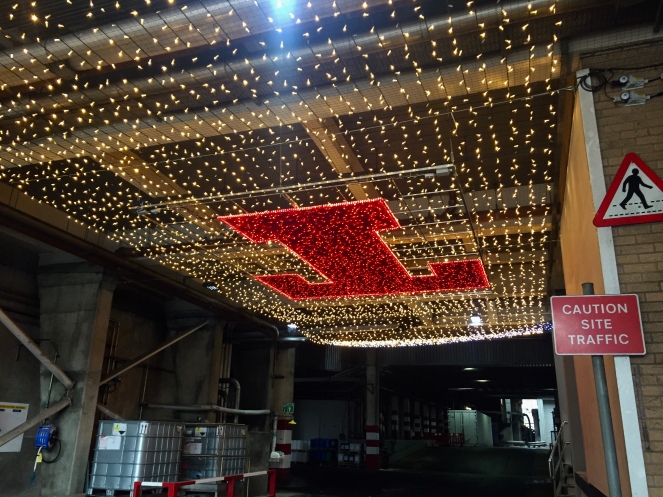 The tour itself was about an hour long. The main building had a small museum display explaining the history of the brewery which we looked at before the tour officially began. 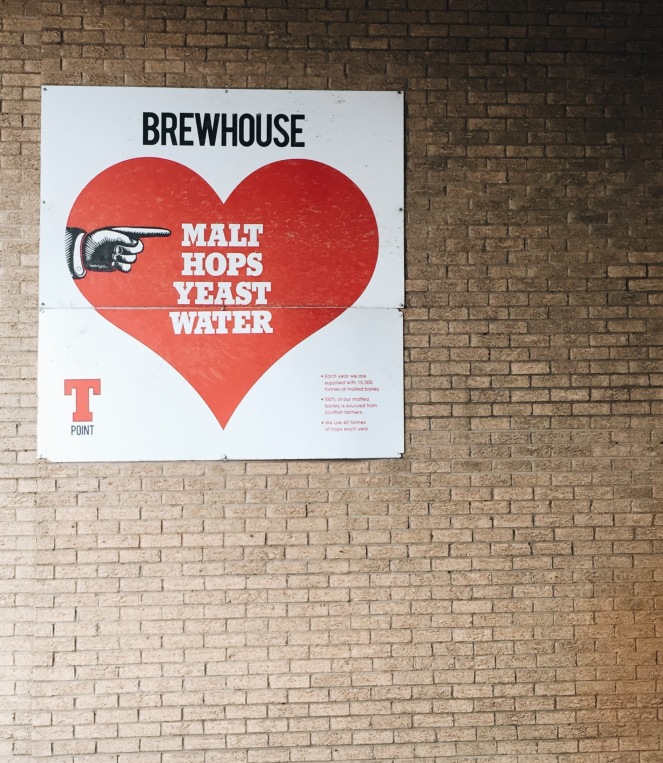 Gearing up for the tour we were required to where a vest which said “On tour” and either a cap or a hair net as well. It was not the most stylish attire, but it suited the purpose (and I got a new hat out of it). 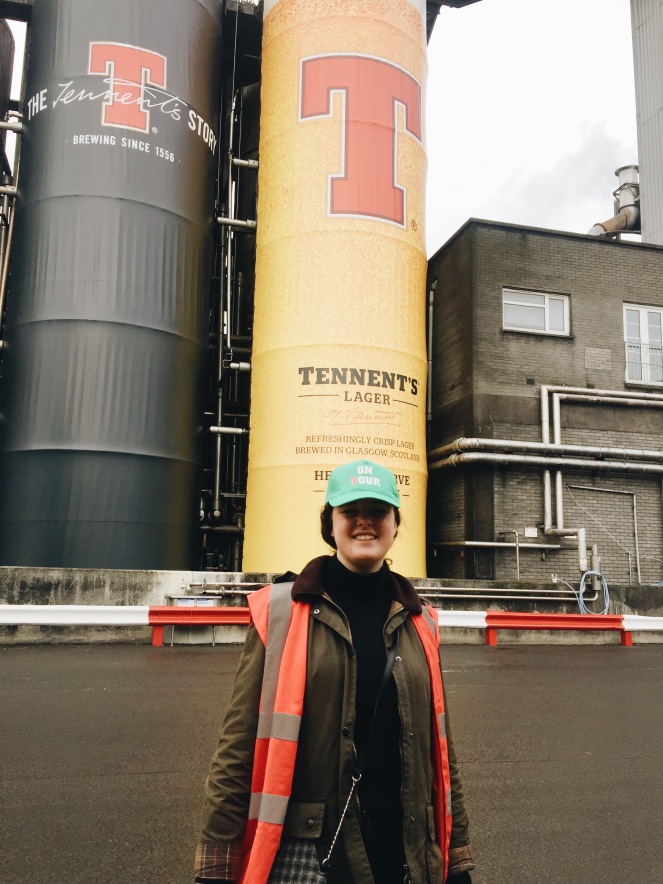 The tour went through the history of the brewery, the brewing process of the beer, the packaging, and the training academy. I was surprised to learn that there are soooo many other beers actually brewed at the Tennent’s brewery besides only Tennent’s, like Innis & Gunn! 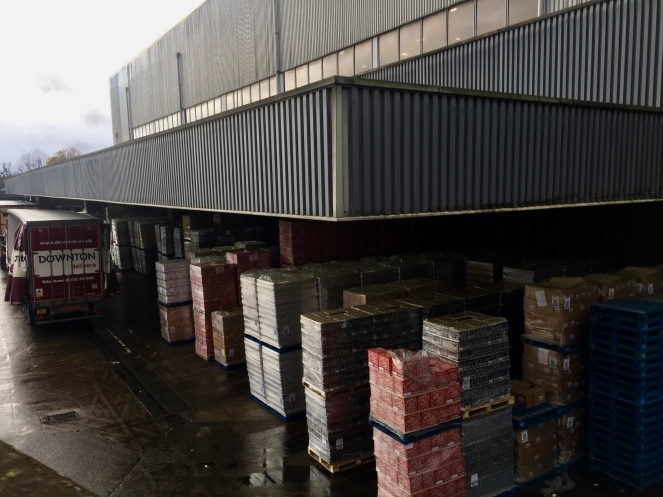 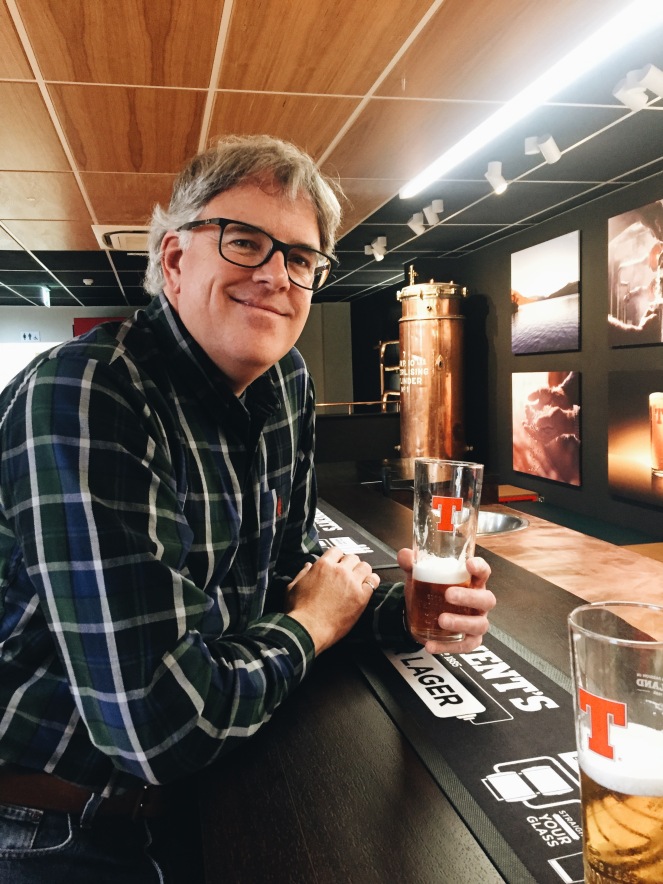 If you are an Outlander fan you might recognise the fellow bellow. Sam Heughan (Or more commonly known as Jamie Fraser) was the face of a Tennent’s campaign a few years ago!!! Sam Heughan actually lives in Glasgow. I was never lucky enough to run into him, but various friends of mine did!!!

It was fun to do something new in Glasgow on my trip back! It’s great to know that even after living in a city for over a year, there are still new things to try… plus I am always up for a drink!

One thought on “Tennent’s Brewery”