Lucky enough for me I had this Sunday off and I decided to spend it with my friend Stephen enjoying the great Canadian outdoors at Poley Mountain! Poley is the mountain that is closest to where I live, about a forty-five minute drive outside of Saint John. Crazy enough, I had not been up to Poley in SIX YEARS. In high school I always had a season pass to the mountain so I went up a lot with my family, friends and school. Once I went away to university in Nova Scotia in 2013 I never spent an entire winter home, so I just never managed to make it up. In that time there was actually a fire that burnt down the entire lodge in 2014. When I went yesterday the base of the mountain was completely different, it was like I had arrived to a different hill!!

It was a bit of a chilly day (not terrible though) and the wind really picked up in the late afternoon, however, this all meant that the mountain was not overly busy, for somebody (like me) who had not put their skis on in five years it was great to ski on a mountain that was not covered in people. 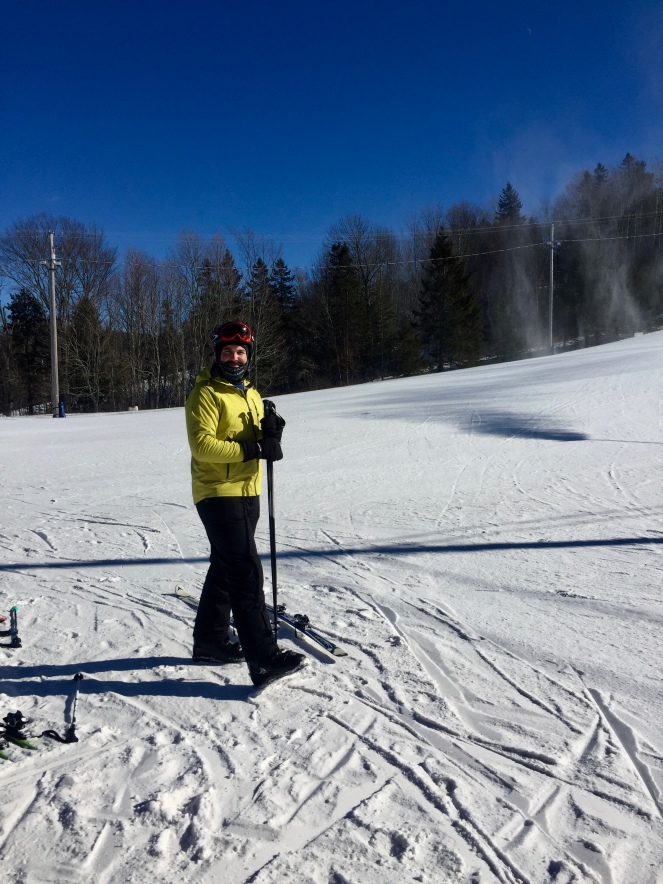 The last time I had put my skis on was March Break of 2014 down at Sugarloaf Mountain in Maine, so I was a tad nervous if I would still know how to ski. I had a mini check list going on in my head to determine if I was still able to ski:

2) Ski down to chairlift

To conclude, I had a successful mission, I am still able to ski.

There were only a handful of runs open but we made the best of it! I found it enjoyable just to watch the little ones who were taking ski lessons or skiing with their parents, little children are just so fearless when it comes to skiing. I watched this dad go off a little jump and his daughter did the “pizza” position behind him and slowly went off the jump too without any hesitation. My Dad first put me on skis when I was three and apparently I just went down the hill without any hesitation… I wish I still had a bit of that now!!

I also remarked that kids ski gear (coats and snow pants) are way funner than adults. I now want to find a floral or an 80s pattern onesie snowsuit to wear! 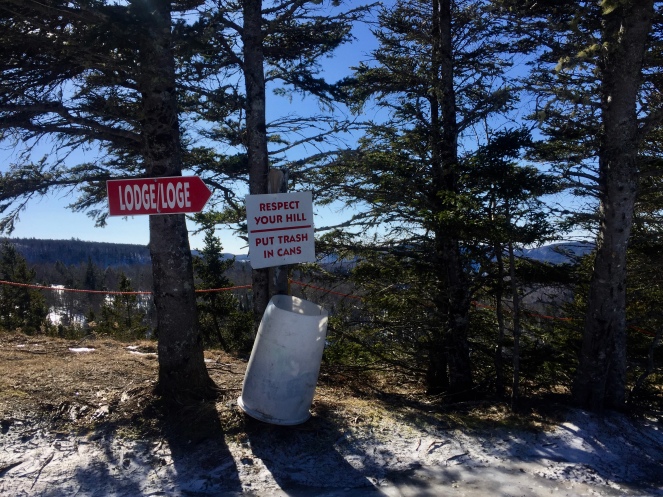 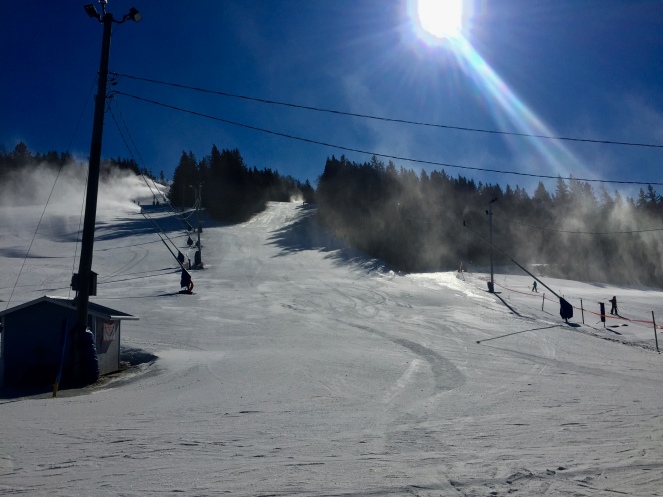 One of the perks of skiing today was that the last time I skied I was 18… SO for the first time I was allowed into the bar haha. I did not even realize that there had been a bar at Poley before since it was upstairs and I was never allowed to go up there. Having a beer on the slopes after coming in from the chilly outdoors was definitely a nice touch to my ski day!

It was so nice to be on the slopes again, and to reassure myself that I am still able to ski. Fingers crossed I will be back up to Poley again this season!

One thought on “Poley Mountain”